Find your nearby Pizza Hut® at 2129 General Booth Blvd. Ste.121 in Virginia Beach, VA. You can try, but you can’t OutPizza the Hut. We’re serving up classics like Meat Lovers® and Original Stuffed Crust® as well as signature wings, pastas and desserts at many of our locations. Order online or on the mobile app for carryout, curbside or delivery. 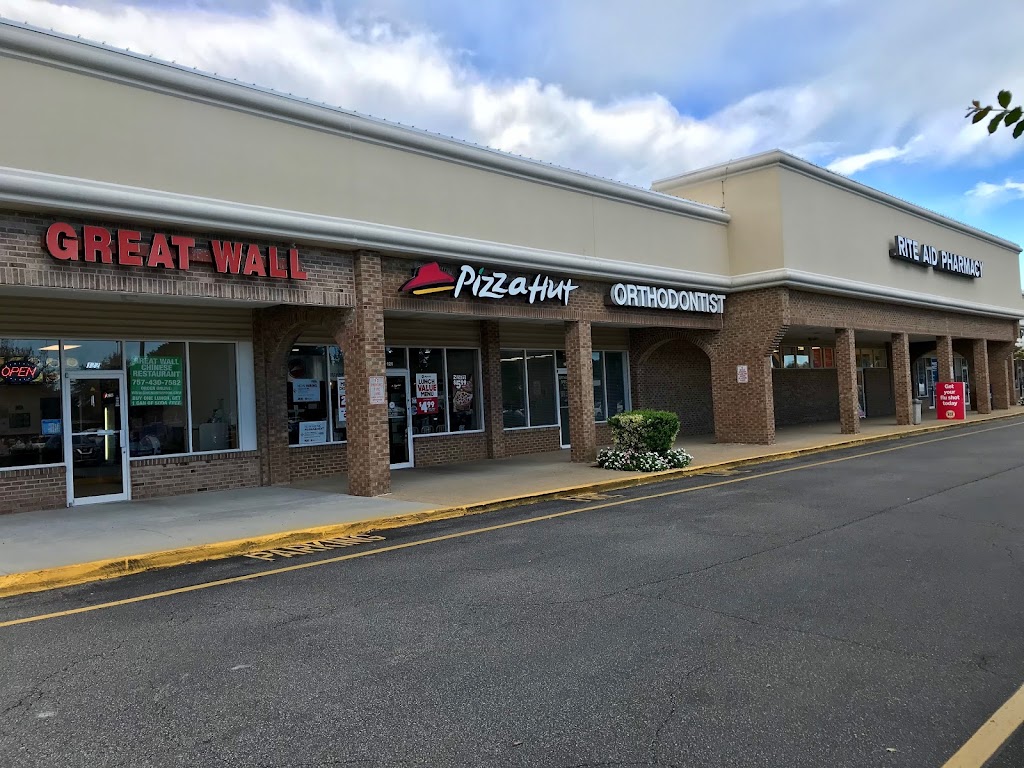 Order food delivery or take out from your local Virginia restaurant and get ready because it’s Comin’ In Hot®! All Stores; VA.

**SamMi Marie-B**
Someone ordered us this pizza… so I’m not familiar with the pricing or even the delivery service for that matter but I can say this… prior experience with another Pizza Hut had me thinking I no longer like their pizza… this location took back their title though. The pizza was pretty dang good.
… more
William Jackson
The pizza tasted fine. The issue was whoever cut the pizza failed to cut entirely through the pizza. I went to pull two slices apart and one slice pulled all the toppings off the other slice. It shouldn’t be that difficult to grab a slice of pizza.
… more
Melinda Palmer
We ordered a Pepperoni Lovers Pan Pizza with extra cheese. What we picked up was a 3/4 baked TRADITIONAL pizza that was very soft and doughy in some areas. The $3 we paid for extra cheese was not applied. What a big disappointment! We are sorry to have to report this.
… more
Melissa W
Unfortunately, I do not plan on eating Pizza Hut again. They no longer offer seasoning for the crust which is a huge disappointment. I asked for it in the special instructions section of the order. Rather than contacting me to let me know they took it off their menu, they made the pizzas anyway and wrote a misspelled note on a pizza box saying they no longer offer it. This was the 2nd time in a row that I requested extra sauce and instead received a pizza with barely any sauce. Also, the pizzas did not even have enough cheese to cover the top. So, the pizza tasted like cardboard. I have had store brand frozen pizza that had more flavor, cheese, and sauce. What a waste of money.
… more
Diane Mason Gray
They messed up my order slightly but made it right by bringing the correct item after I called. There was no hesitation, just a willingness to please and kindness! Thank you. The pizza and mild buffalo wings were delicious, and the brownie was to die for!
… more
Thomas Harp
The pizza had a very soggy bottom and the toppings stopped abut 22.5″ from the edge of the crust. Granted, I tried a new to me crust (Parmesan) that was good. But really thought toppings could have been spread further to the outside of the pizza. The boneless wings were excellent as usual.
… more
Amy
I’ve never gotten a bad pizza here. The staff are friendly.
… more
JPMAXIMUS
Pizza is never amazing when delivered. I dunno if its because they do multiple deliveries. I order the meat lovers last night and it just wasnt delicious. The crust was overly large and not alot of cheese.
… more
katie sparks
the original pan pizza is amazing. best pizza hands down. the hand tossed- not so much. not impressive, tastes like frozen pizza.
… more
Dawn Davis
When my delivery arrived my entire order was mixed up with another order the delivery driver had in her car. I noticed when I brought it into my kitchen and opened it. Then quickly went outside to inform the driver. She said she had what I ordered in her vehicle and that it was just mixed with another order. She asked me to give back what was not mine and she would then deliver it to the correct person. But half of what she gave me was still wrong and had to be switched again because she was totally confused. So we switched out the rest of our order and it was all cold. And toppings were missing from both pizzas and our fries were still wrong some how. I now wonder how many other people touched our food before we did. And everyone who ate the pepperoni pizza got sick that night.
… more
… View more