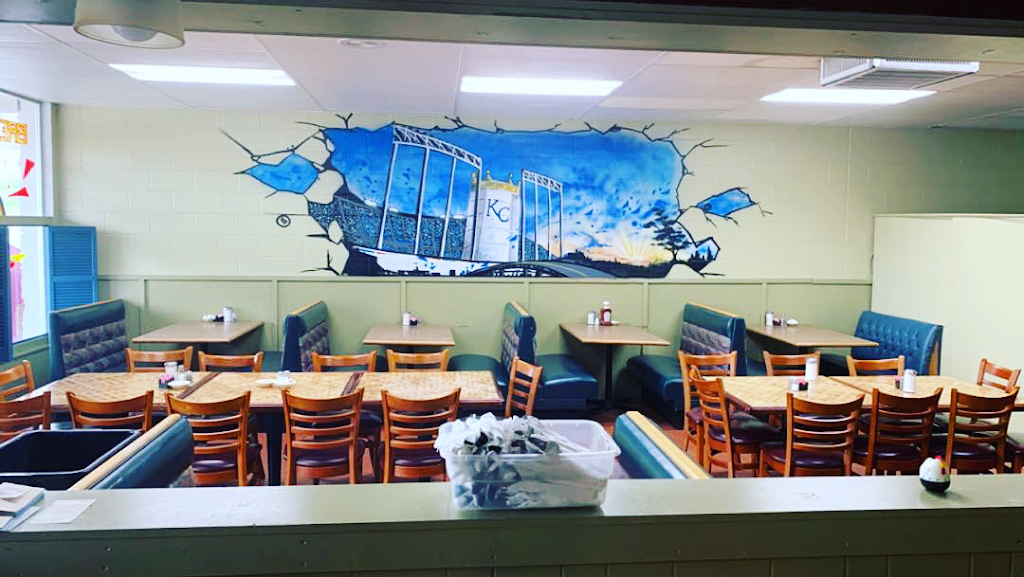 Online ordering menu for Gingers Restaurant. Welcome to Ginger’s Restaurant in Raytown, Missouri where we serve American cuisine such as Chocolate Chip …

Online ordering menu for Gingers Restaurant. Welcome to Ginger’s Restaurant in Raytown, Missouri where we serve American cuisine such as Chocolate Chip …

E Huntsman
If I could. Give me 1/2 star I would. To start with we waited almost an hour for them to bring us the wrong food. Corrected the waiter. They took the food to the correct table. (Kinda gross And we had touched it to check our orders.) we then had to wait another 30 minutes for a corrected order and to say it was bland even with salt and salsa is an understatement. it just wasn’t good. Very disappointed after hearing all of the amazing reviews but every single table around us either got the wrong food. Or where charged for something they never received.
… more
mike duncan
… more
Christopher Cappatocio
Moved to the neighborhood several months ago and as a brunch resturant connoisseur, I’ve put off trying this little resturant for too long. I went ahead and tried a Bacon Breakfast Burrito, and asked to add Chorizo and Pico as well as one of their beef tacos to try. The burrito, as you can see, was enormous. I have quite a large appetite and only finished half! The chorizo had a lot of flavor and the burrito was neatly rolled in a good quality tortilla.
… more
Annette Henderson
I felt like I wasted my money on this, these eggs are disgusting these pancakes or so tough and dried out no seasoning on none of the food won’t be returning here ever
… more
Anthony Fenner
I’m not really sure what happened to this place. I frequent Kansas City often and came across this restaurant just a few months ago. Probably the best breakfast steak burrito to ever touch my lips. Great service. Everything worthy of a five star review. Today not so much. Waited over 40 minutes for my food. Only five other tables were there. Plenty of staff. Servers who just stood at the kitchen window talking. The guests next to me randomly stood up talking about how disgusting something was. Didn’t catch the entire convo but they walked out without even touching their food. Whole table of plates and not one bite taken. Put me on edge. Staff didn’t even offer an apology for whatever happened, just said ‘Since you didn’t eat anything I guess we won’t charge you.’ I got my burrito and it was pretty embarrassing compared to the one I had before. It was like an egg patty and you could tell the steak was precooked and reheated. Very chewy. Not even warm. I was confused on how it took 40 minutes to prepare pre-prepared food. Hash browns were tasteless and had a very strange texture. Found hair on the plate. Everything was gross. I just paid and left quietly without eating. Won’t be back.
… more
Eric Eighmy
Saw their posts on Facebook and really wanted to try this place. Was very disappointed. Waited over 30 minutes for our breakfast (there were 6 tables sat in the whole place). My friend ordered a bfast with 2 pork chops. One was still rare. The other was pretty much done. They asked if we wanted them to make a new one, but after having already spent so long waiting for our meals we opted to just pass. The waitress was quite friendly. Overall it was disorganized, loud metal music coming from the kitchen, long waits for everyone, and sub par food for the prices. Unfortunately I will not be coming back.
… more
Ryan Good
… more
Antoinette C
… more
Marion Franklin
… more
Anthony Hoover
Great little sit down restaurant with home style comfort foods that were made to order, served promptly, by friendly staff. Good food at low cost. I frequently drive past a nearby McDonald’s to get a better value meal at Ginger’s.
… more
… View more