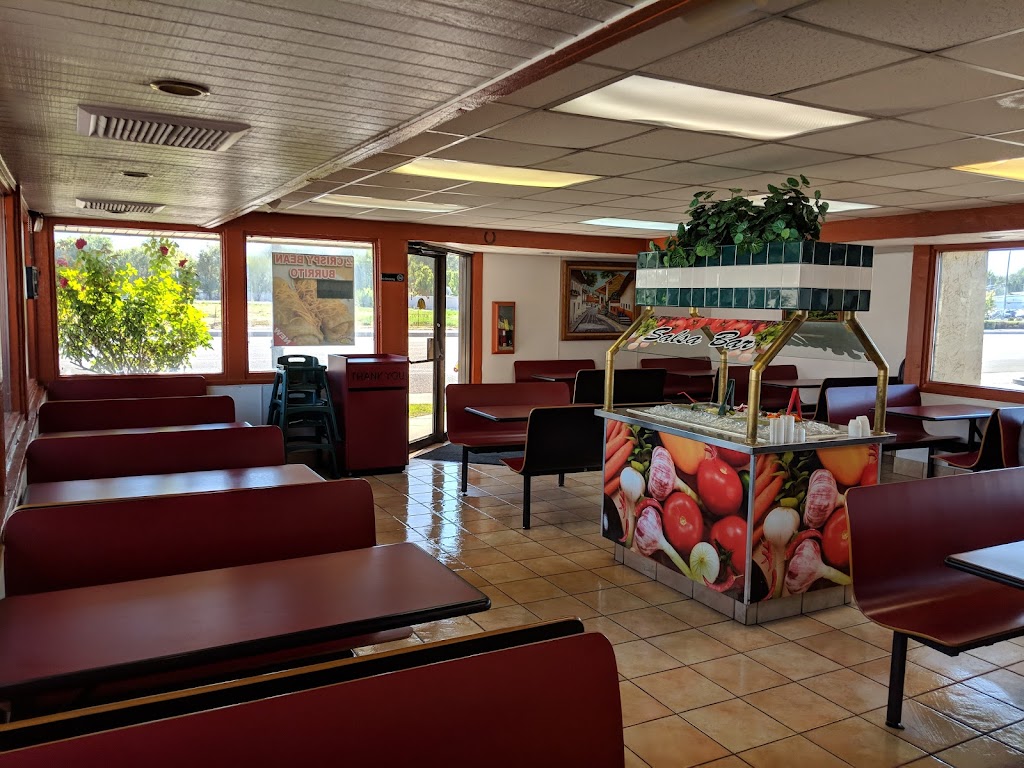 We dare you to bring Rancheritos Mexican Food taste and touch to share it with them and get ready to received complements because the food. Place your order …

Bill French
The wait going through the drive through was a bit long, but that’s to be expected. They were also out of all of the desserts, which was a bit disappointing as I was in the mood for some tres leche cake. I ended getting the breakfast burrito, and wow was it absolutely massive! Stuffed with eggs, chorizo, potatoes, and ham, this burrito was legendary!! My grandchildren will be talking about the burrito I just had someday. So good.
… more
Brenda Coonce
Went through the drive through and ordered a steak burrito with a large drink. What I received was a burrito with Ham! I don’t eat pork and the wit h manager wouldn’t fix the order because I didn’t bring the burrito back. Because I’m on work time!!!! Showed her a picture because I already bit off the burrito. She says you have to bring it back for a new on. I want to talk to the owner!!
… more
Rob Johnson
This Rancherito’s is the best in the state. Their food is always fresh and delicious. They are typically pretty busy at any time of day and night, especially on weekends after 11pm. They will customize just about anything for you, and offer several Gluten-Free options!
… more
w k
I’ve been coming here for years probably spent thousands of dollars on breakfast burritos for me or my co workers. Today will be my last visit. I always ask for grilled onions on my breakfast burrito and I was told they don’t do that anymore. You lost a valuable customer and thousands of dollars in future sales because your morning staff is to lazy to grill some peppers and onions. Well played.
… more
Erik Neilson
So I love this place. I also understand that every company is facing the rising costs caused by supply chain issues and inflation and employee shortages.
… more
Jurnee Clark
I’ve gotten food from here numerous times and never really had any issues, the food was always good. This last time though was a bad experience. The guy at the drive thru took my order 4 times before I gave up and left. He would ask for my order then seemingly disappear. After the first time there wasn’t even a car in front of me or anything. I don’t know if the people working here were high or just don’t like being there or what but I was really disappointed because it’s not usually like that here.
… more
Houston Denton
The crazy burrito was so delicious. It had to be 3 lbs too! I struggled to finish it all but I managed to do it. It’s a shame I was only passing through Salt Lake en route to California, and I won’t be having Rancheritos any time soon. But I certainly will again next time I’m in town!
… more
Keyana Faith
The breakfast burritos are almost always good here, today was especially great to see a thick, filling burrito, I ordered ham. Most times there is a surprise ingredient the burrito, today I got a chunk of what tasted like chorizo. I asked for extra red sauce, 1. Because they never give enough sauce for the burritos 2. Because I don’t like their green sauce, tastes like pickled jalapenos and water blended up. I received 6 cups of green and 1 red for 3 burritos.
… more
Casey Heshler
You can’t go wrong with a 24×7 Mexican drive-thru. When I get off work, it’s usually after midnight, so 24×7 is what I look for. I’ve tried almost everything on Rancherito’s menu, and nothing was ever bad. In fact, I’ve gone through the menu more than once. The Carne Asada burrito, and the rolled tacos are my favs. A week doesn’t go by without making at least one trip to the State St. location. It has never disappointed.
… more
C Reese Nebeker
Why would anyone ruin the awesome dish, Chili Relleno, by wrapping it up as a burrito?
… more
… View more