Chefs grill in the dining room at this traditionally decorated Japanese eatery with a sushi bar. 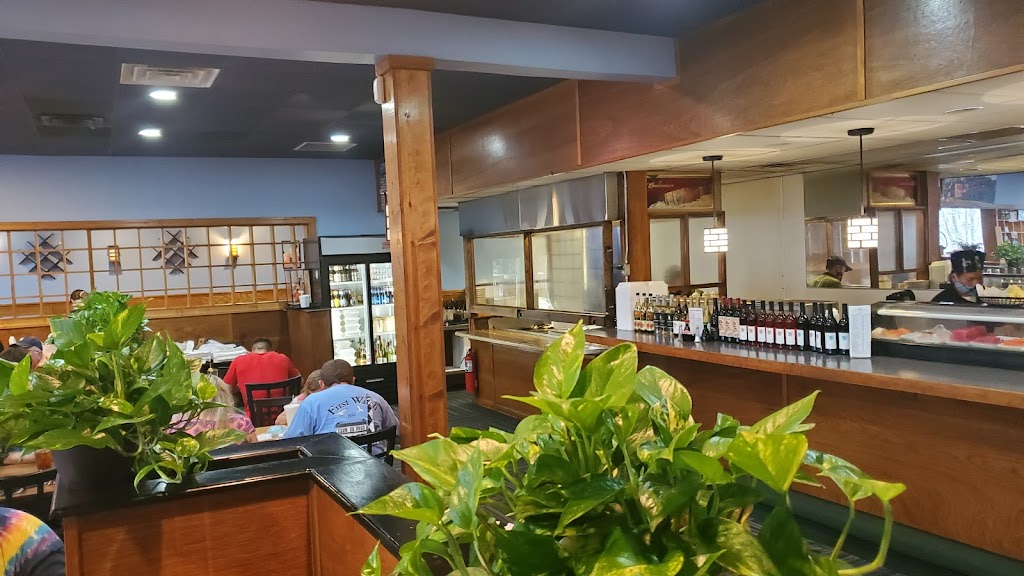 Welcome to Charlotte’s best traditional Japanese restaurant. Musashi opened in 1998, and is located in Hanaford Plaza [Suite 115] on Johnston Rd.

David Kistler
From the outside of the restaurant, we weren’t sure whether we should go in. It has a very nondescript store front. Inside is a different story. The interior is warm and inviting.
… more
Lia Arnold
Freshest sushi I’ve ever had. The roll I order is t usually on the menu anywhere, but they special made it which was almost enough to have won me over, but the winner was how fresh it was, and absolutely delicious. The miso soup was some of the best I’ve ever had, so much so that I wish I would’ve ordered a second bowl. Definitely earned me as a new frequent customer. Highly recommend. Also the prices are great, I got two rolls with spicy mayo on the side and a miso soup for $15 tip included.
… more
day7977
Pretty solid hibachi and sushi place. The service was good, the restaurant was clean, and the prices were reasonable. The only downside was that they served very heavy portions of rice vs other ingredients. The sushi rolls had a very small amount of fish for the amount of rice they were served with. I would still recommend this place as a good option for sushi or hibachi.
… more
Brittany Benfield
Favorite hibachi place in town with the best white sauce. Call in for lunch or dine in. I’ve always done takeout but lots eat in. You can see where the chefs cook but they don’t cook in front of you. I hear the sushi is good too.
… more
Amanda S
This review is specifically for the morehead city location.. “Chefs grill in the dining room at this traditionally decorated Japanese eatery with a sushi bar.” This is the restaurant detail you get for this restaurant however this is false…. The New Bern location is the only one that cooks in front of you in the dinning room….. Now with that said, Staff was pleasant and nice. Food…..I have never had worse! First and foremost, would you like some salad with your dressing? You are best to get dressing on the side as I had a good 1/4 cup of dressing left over in the bowl … Hibachi steak, tasted fine but way over cooked….fried rice awful, no flavor at all…. You get a tiny amount of veggies compared to the mound of nasty rice. We thought, being on the coast, we’d at least get some good sushi…. Wrong again, it was just as bland as the rice and so so tiny, one child who orders straight sashimi was fine with his but he’s 7 and you can’t get raw fish on a plate wrong…. Don’t have a full bar so couldn’t enjoy a drink….definitely not worth the money… I can only assume this place doesn’t have much competition to get such good reviews!
… more
Barry Strayer
First time at a Japanese cuisine restaurant, it was awesome! Similar enough to Chinese to make it familiar but there were enough differences that made it unique, at least for me. I also made out with the girl I took there, so that’s a definite plus
… more
Daisy J
Decent price place for sushi in the MoreHead City area, great tasting too!
… more
Veronica Bumgarner
Husband ordered sushi that was supposed to have some yellow tail in it. It had none. Instead it had crab which he is allergic to shell fish!! Sent it back for a replacement it came back with still no yellow tail in it. Check your sushi before you eat it to make sure you get what you order
… more
Brooke Edwards
Very unpleasant experience. We called ahead to see if there was a wait. They said there would be no problem to take us within the next 20 minutes or so and a reservation would not be necessary. It took us about 10 minutes to get there and they told us there would be a 45 minute wait. It just seems rude and inconsiderate.
… more
Ashley Fabrizi
This place was amazing! Amazing service, food, drinks, and atmosphere. I had the filet and salmon, salad and house soup, all 10/10. Prices were very fair as well. I’m sad I don’t live in the area or I’d be here weekly!
… more
… View more