Find your nearby Pizza Hut® at 4425 Shore Dr in Virginia Beach, VA. You can try, but you can’t OutPizza the Hut. We’re serving up classics like Meat Lovers® and Original Stuffed Crust® as well as signature wings, pastas and desserts at many of our locations. Order online or on the mobile app for carryout, curbside or delivery. 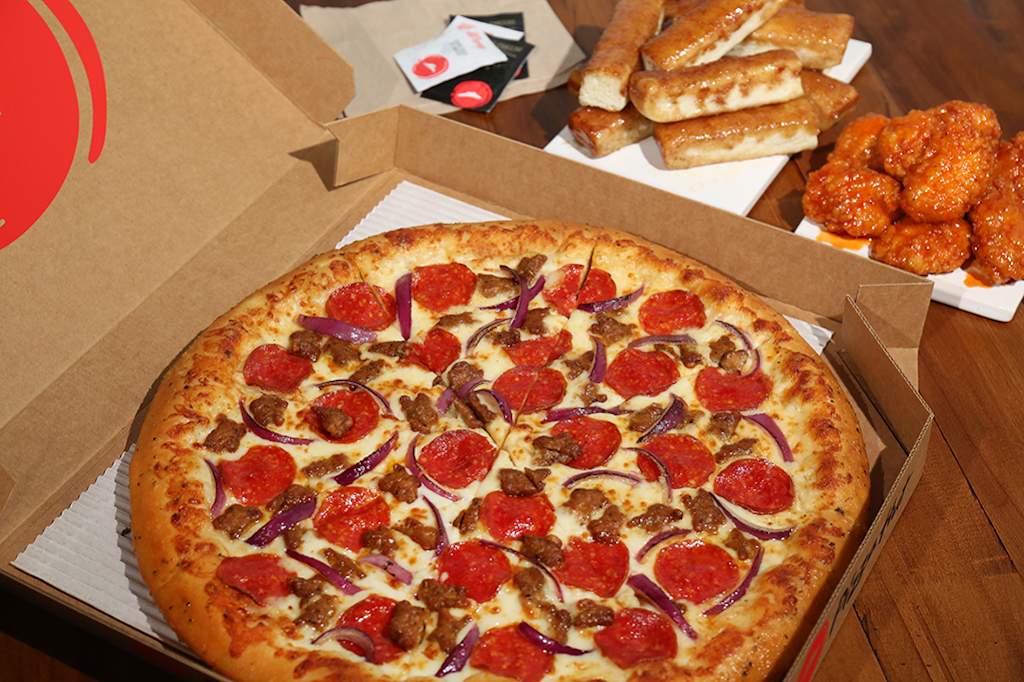 Order food delivery or take out from your local Virginia restaurant and get ready because it’s Comin’ In Hot®! All Stores; VA.

kendall ascher
i’ve never taken the time to write a negative review until today. never got my order, nobody answered the phone, haven’t gotten a refund or response to my message on the app. they accepted my order and it says they’re open but it doesn’t seem like it. if all of the reviews are negative why don’t they just shut down this location??? it’s useless.
… more
Brendan Kerrigan
Took my delivery order with no employees working apparently. Phone call was routed to corp, they weren’t helpful either. Store seems to complete orders 30% of the time.
… more
Bonnie Halsey
Ordered on the app. It stated 25-35 min for delivery. 1hr later it still said 25-35 min for delivery. When I called, they told me they only had 1 driver, and it would be at least 25 min before my pizza was delivered. Then the young man suggested that I check the app for updates. When I told him that was why I called he had nothing to say. I asked for the order to be canceled, at that point I could have gone to the store and bought the stuff to make it, and it still would have been done before they might have delivered it to me!!!
… more
Karrmeenah Smith
I’m so dissatisfied with this location. I typically don’t post unless I can say something positive but I can help it. I placed an online order for my family only for it to get an hour after my order delivery time for me to find out I was not getting Pizza Hut for the night. I did not receive any type of notice. I had to call and was connected to the order center where they came to the rescue the best they could. The reason my order was not delivered was due to none of the employees showed up for the day for work…. So sad. I was offered by the service center to pick up at any location a free meal. Only downside to that was my vehicle is in the shop so that idea was shot. They were able to place the amount of money I spent under my account for me to spend on a later date and my refund. For that I am thankful. As for this location though I’m saddened.
… more
Kelsey Miller
Ordered online went to store to pickup..no one was there store was closed. TURN OFF YOUR ONLINE ORDERING if you aren’t going to be open
… more
Melody Waters
Make sure they’re open before you order online. The hours are wrong and they accept orders even when they’re closed.
… more
Josh Drone
Ordered a pizza and breadsticks at 4:42pm, after waiting for three hours with the status saying our order was being prepared I decided to call. Called the store, lady picked up and I asked for an update and I was placed on hold, I could tell the phone was picked up and then hung up. I called back and then was informed our order was declined because they had no delivery driver. I can understand being short staffed, but don’t you think they would of been courteous to call me and inform me my order was canceled? Guess not. What a joke.
… more
Jeff Brasfield
Pizzas were wrong on last two orders. The app does not offer a way to respond so I am reviewing here. We requested light sauce on all items and received what seemed to be extra sauce. Not only dissatisfying but also a waste of money. Otherwise service was good and timely.
… more
Ty Martz
Failed to tell me store was closed on top of that took my order and money anyway! Thiefs! No food at all!
… more
Mark Smilor
On June 29th, we ordered 8 pizzas for carryout for my daughters birthday and scheduled a pickup on the app for 5:15 P.M. We arrive and it was ready for such a large order. There was a paper taped to the door with their operating hours of 4P.M.-8P.M. and finding labour now is hard. There was no delivery driver on hand, no manager, no anything. I noticed no one around but a gentleman cutting our pizzas while the phone kept ringing. I asked him “Are you the only one here?” and he replied “Yes”. As the night went on all I could think about a lone employee who showed up to work and knew he was defeated before he unlocked the door. I thought I should have grabbed an apron and helped. Pizza Hut is not at fault for this. The franchise owners I’m sure are trying desperately to find help. I dont know the gentleman’s name but on Tuesday, June 29th at 5:15 P.M. is when the order was scheduled for pickup. I think we ordered around 2-3 to give plenty of time for it to be ready. Sometimes our heros run into fires or spend times on the front line. Maybe they sit in a desert months away from family. Maybe they are just being the lone person to show up for work when nobody else would. I would never ask to inundate this person with a flood of orders but stop on at the Pizza Hut on Shore Drive and bring this man some food, put out a tip jar, order nothing and add money to the jar. Just say hello and if it’s not busy, get something to go. Even if it’s just a 20oz soda. Sometimes you can feel empathy and inspiration from one lone person. Sir, I love you work ethic and it will carry you on to bigger and better things in the future. Thank you for making me humble. I wish you the best.
… more
… View more