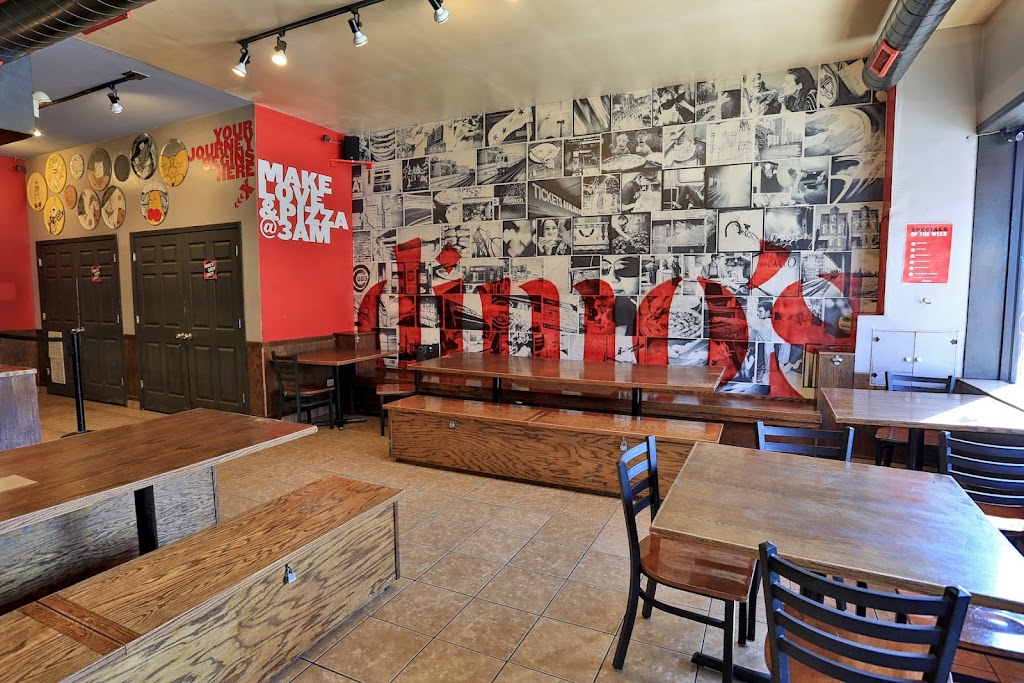 At Dimo’s, pizza is our craft. It is an edible palate on which we can imagine our wildest culinary creations. We’re not your average pizza joint, …

At Dimo’s, pizza is our craft. It is an edible palate on which we can imagine our wildest culinary creations. We’re not your average pizza joint, …

Harkamal Singh
The pizza is good but they have the most inconvenient way of ordering pizza. I went there with a group of 8 people. Wanted to order 2 large pies that cost 24$ per pie. But they wanted to charge 40$ per pie because they had other pizzas available in their window. Pizzas that I did not want. Makes no sense. They have to prioritize pizza that’s in the “window” over what the customer wants to eat. So if the pizza you want to eat isn’t available in the window, they have to upcharge you. Great way of ripping people off from their hard earned money.
… more
Ketan Patel
We ordered the Diana Ross and pepperoni gluten free. The Diana Ross was great! Naturally salty, great extrude and multiple flavors. The pepperoni was not that great but I think they used too much corn meal on the gluten feee crust.
… more
Robbie Hilton
Look, the pizza here is top notch. It’s New York style which is fine. Even though it’s in the heart of Chicago but whatever. But the service is the absolute worst. We waited over 20 minutes for our pizza which was given away to the wrong customer simply because these guys have no idea of what’s going on. It’s insane! Absolute anarchy. Do not come here unless you’re cool with waiting 30+ minutes for probably the wrong pizza.
… more
Daniel Lopez
Good pizza with a passionate crew. The staff was very friendly and seemed like they were having fun. Some unique toppings but that’s the fun of it. Though we kept it traditional, it’s cool to see pizza with bizarre toppings. This place was open reasonably late which is nice considering all the night life surrounding the area.
… more
chris martin
Best late night New York style thin crust pizza in Chicago. Awesome variety of slices and you can fold them cause they’re not cut in little squares. Who cuts a pizza in squares dumbest thing I ever saw it’s called a pizza pie for a reason. Get the Dimos card for a free slice when you buy 9!
… more
… View more